Social anxiety may be:

Social anxiety disorder is much more severe than shyness. It can interfere with work, school, or other situations, as well as cause physical symptoms. 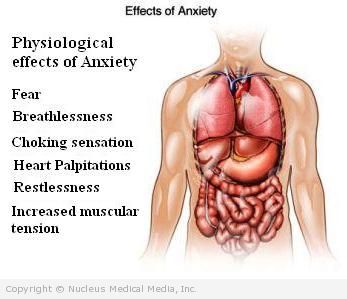 The exact cause is unknown. Possible causes include:

Factors that increase your chance for social anxiety disorder include:

Symptoms during social interactions may include:

Symptoms may begin in any public situation such as:

Your doctor will ask about your fears and symptoms. A physical exam may be done. You may be referred to a mental health therapist. The therapist may do a psychiatric evaluation.

During cognitive-behavioral therapy, the therapist may:

A support group may also be part of your treatment.

Your doctor may try using other medicines to help control your symptoms. Examples include:

There are no guidelines for preventing social anxiety disorder. But early diagnosis and treatment can prevent complications, such as: