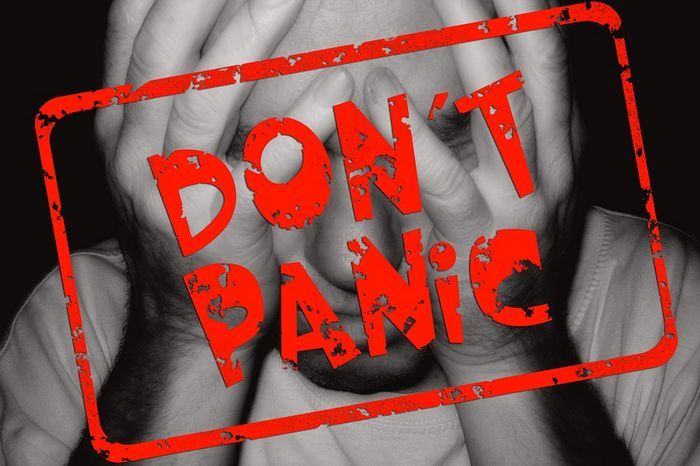 The American Psychiatric Association describes a panic attack as ‘a discrete period of intense fear or discomfort that is accompanied by at least four of thirteen physical or cognitive symptoms’ (APA 1994). The experience of less than four symptoms is known as a ‘limited symptom attack’ (APA 1994).

Symptoms include: palpitations, sweating, trembling or shaking, shortness of breath or smothering, feelings of choking, chest pain or discomfort, nausea or abdominal distress, dizziness or lightheadedness, pins and needles, diarrhoea, dry mouth, headache, derealisation or depersonalisation, and chills or hot flushes (APA 1994). People commonly report a fear of losing control in some way or that they are going crazy or will die. The physical and cognitive symptoms are usually followed by a desire to escape.
There are three types of panic attack:

When a person is highly anxious or fearful the Fight-or-Flight Response is activated. This response is the body’s survival mechanism to prepare us to either stand and face the source of a threat, or to run away. When this response is triggered, the hormone adrenalin coarses through the body. All systems not necessary to either escape or fight are shut down. This all makes perfect sense if confronted with an external threat to our safety. It gives us the capacity to run from a bushfire, the strength to ward off an attacker and the ability to move quickly out of harm’s way.

Many of the symptoms people feel as part of their disorder can be attributed to the Fight-Or-Flight Response. This response can be felt in anticipation of a feared situation or the fear of having an attack. In the same way, the fear which arises from a spontaneous or uncued panic attack will trigger the Fight-or-Flight Response. The additional symptoms of the Response lead to additional distress and extend the attack over a longer period. Even after the initial panic attack has subsided, a person can still feel very frightened which in turn can activate the FFR, sometimes for hours.

Typical symptoms of the Fight-Or-Flight Response: