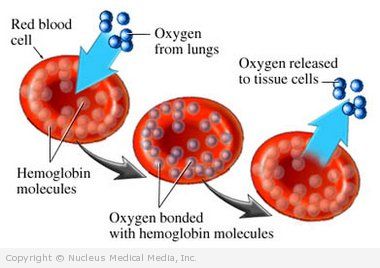 Hemoglobin is made of two separate amino acid chains. They are alpha and beta. Thalassemias are categorized by the specific chain and number of genes affected:

This condition is caused by genetic material known as genes. Genes are inherited from the biological parents. There are four alpha genes and two beta genes.

The disease can develop if only one parent has abnormal genes. If only one gene is inherited, the person will be a carrier of the disease. They will have mild or no symptoms.

Risk factors that increase your chance of Thalessemia include:

Symptoms most often begin within 3-6 months of birth. Symptoms may include:

This form usually causes milder forms of the disease. It has with varying degrees of anemia.

This form can be asymptomatic or be a mild form of disease. The mild form is known as thalassemia intermedia. This form rarely needs extensive medical care.

This version usually has symptoms within the first two years of life. Children are pale and listless. They often have poor appetites. They grow slowly and often develop jaundice (yellowing of skin). It is a serious disease. It requires regular blood transfusions and extensive medical care.

Without treatment, the spleen, liver, and heart soon become very enlarged. Bones become thin and brittle. Abnormal deposits of iron in body organs can lead to organ failure. This is called secondary hemochromatosis. It most often affects the heart, liver, and pancreas. Heart failure and infection are the leading causes of death among children with untreated thalassemia major.

The doctor will ask about your symptoms and medical history. A physical exam will be done. Blood tests may include:

You may require blood transfusions. These are done to replace abnormal red blood cells with healthy new ones.

Excess iron can accumulate in the body after repeated blood transfusions. Too much iron can damage the heart, liver, and other vital organs. A drug call deferoxamine (Desferal) can be given to bind to excess iron in the body. It is then carried out through the urine. This drug is given through the skin or by vein using a small infusion pump.

There is a newer drug called deferasirox (Exjade). It can be given as a drink, mixed with water or juice.

This surgery is done to remove the spleen. It may help reduce the number of blood transfusions that are needed.

Healthy stem cells from a donor’s bone marrow are injected into your vein. The new cells travel through the bloodstream to the bone cavities. There they can produce new blood cells, including red blood cells. This is usually only done in severe cases. A compatible sibling donor is required.

This disease is inherited. Blood tests and family genetic studies will show if you are a carrier. A genetic counselor can discuss risks of passing on the disease. They can also give you information on testing.