Reye’s syndrome is a serious disorder that causes increased pressure in the brain and build-up of fat in the liver and other organs. It affects all organs of the body, but is most harmful to the brain and liver. Reye’s syndrome occurs primarily in children, most often during recovery from a viral infection.

The cause of Reye’s syndrome is unknown. However, studies have found a link with the use of aspirin and other salicylates during a viral illness.

A risk factor is something that increases your chance of getting a disease or condition. Your risk of Reye’s syndrome increases with:

Symptoms usually occur after a viral illness, and are divided into five stages:

Personality changes, such as irritability and aggression

Brain swelling and other problems in Reye’s syndrome progress very quickly. They may result in permanent neurologic damage or death. Call a doctor immediately if you think your child has Reye’s syndrome.

The doctor will ask about symptoms and medical history, and perform a physical exam. Tests may include: 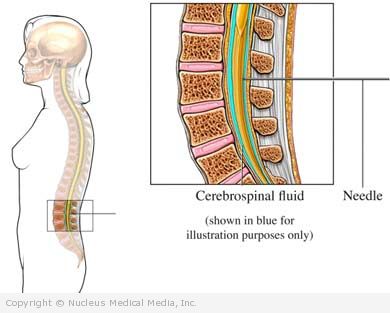 Note that certain inherited metabolic disorders can present with signs and symptoms that mimic Reye’s syndrome. Some have specific treatments, and all may recurr — sometimes fatally — unless diagnosed appropriately. Tests for these disorders (such as ornithine transcarbamylase syndrome) should be done in all children with Reye’s syndrome.

Early diagnosis and treatment are essential for a successful recovery.

If symptoms affect the brain, an arterial catheter may be inserted to monitor the pressure, carbon dioxide, and oxygen content of blood.

In stage 3 to 5 Reye’s syndrome, a “bolt” or other device may be used to monitor pressure within the brain.

In advanced stages, a ventilator may be used to assist with breathing.

A drainage procedure or decompression craniotomy may occasionally be needed to reduce pressure in the brain.