Post-traumatic stress disorder (PTSD) is an anxiety disorder that develops after a traumatic event. PTSD has also been called “shell shock” or “battle fatigue.”

The exact cause of PTSD is unknown. PTSD is triggered by exposure to a traumatic event. Situations in which a person feels intense fear, helplessness, or horror are considered traumatic. PTSD has been reported in people who experienced:

Researchers are studying how problems with synapses in the brain may be linked to PTSD.

Not everyone who experiences a traumatic event will develop PTSD. Symptoms of PTSD are more likely to occur if the person has:

People with PTSD experience symptoms of anxiety. These symptoms fall into three categories:

People with PTSD may also:

The doctor will ask you about your symptoms and medical history. This may be done by using a structured interview and/or a questionnaire. You will also likely be given a psychological assessment. PTSD will be diagnosed if you have:

PTSD is categorized according to when symptoms occur and how long they last. There are three types of PTSD:

There are many treatments available to help you. Treatment will not only focus on treating PTSD, but will also focus on any other conditions you have (eg, depression, alcohol abuse, drug abuse).

Cognitive-behavior therapy (CBT) involves changing your thinking patterns to improve symptoms. Your therapist may teach you techniques to manage anxiety, stress, and anger. 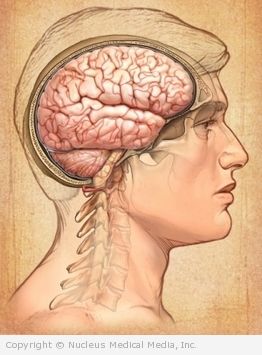 In exposure therapy, the therapist brings back the imagery of the event in a safe place. You are gradually guided through a visualization. Re-experiencing the trauma in a controlled environment can help you let go of fear and gain control over anxiety.

Meeting in a group with other survivors of trauma can be an effective and powerful form of therapy for people with PTSD.

During this type of therapy, you are asked to talk about the traumatic event, including your memories, feelings, and sensations. While talking, the therapist has you move your eyes side-to-side following her hand movements. EMDR combines techniques from both CBT and exposure therapy. The goal is to allow the mind to process the trauma and to develop more positive beliefs about yourself.

The United States Food and Drug Administration (FDA) has approved these medicines to treat PTSD:

Your doctor may try these or other psychiatric medicines to help control your symptoms.

The events that trigger PTSD cannot be predicted or prevented. But there are some factors that might prevent PTSD from developing after a traumatic event, such as: