In adults, lead poisoning happens when levels of lead in the blood become elevated. The Occupational Safety and Health Administration (OSHA) requires that workplaces take action when a worker’s blood lead level exceeds 25 micrograms per deciliter (mcg/dL). Because lead is so common in the environment, most adults have some level of this metal in their blood and body tissue.

While experts believe that no level of lead in the body is safe for children, according to the Center for Disease Control and Prevention (CDC), concern about lead poisoning in children occurs when lead, a toxic metal, reaches a level of 10 mcg/dL in the blood. Levels of 20 mcg/dL or above represent actual lead poisoning, which can lead to:

Lower levels of blood lead (probably even below currently-accepted “safe” levels) can lead to learning and/or behavioral difficulties, as well as delayed puberty in boys.

Lead can be absorbed into the bloodstream by eating, drinking, or breathing contaminated particles.

Used in many industrial processes and within the home, lead can be found in:

Most homes built before 1960 contain some lead-based paint, which was banned from residential use in 1978. Dust containing lead can linger on windowsills and in window wells. Drinking water that travels through lead pipes, or through pipes with lead-based soldering, may also be contaminated. Lead can become mixed with dirt after it peels from paint on building exteriors; industrial sources and car exhaust also contribute to the problem. (Lead levels in the air have dropped substantially since lead additives were banned from gasoline in the 1970s.) Food produced outside of the US can become contaminated if packaged in lead-soldered cans.

Risk factors for lead poisoning include: 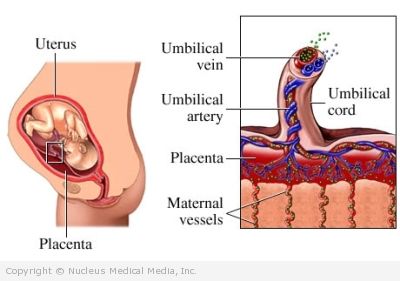 People with lead poisoning often show no symptoms, although the toxic metal can adversely affect nearly every system in the body.

One of the most serious concerns is lead’s harmful effects on the neurological system. For every 10 mcg/dL increase in blood lead levels, there is a 2-3 point decline in IQ test scores. Lead poisoning is also associated with neurodevelopment problems such as:

Other possible signs of lead poisoning include:

The doctor will ask about your symptoms and medical history, and perform a physical exam. Lead poisoning is diagnosed with a blood test.

The Centers for Disease Control and Prevention recommends that children at high risk for lead poisoning have their blood levels tested at 12 and 24 months (or at 24 and 36 months if not tested earlier). High-risk children are defined as those receiving Medicaid; for other children, the CDC recommends that each state develop its own testing plan based on local experience with lead poisoning prevalence.

The American Academy of Pediatrics recommends screening at one and two years for children who live in census tracts where 27% or more of housing units were built before 1950 and in which at least 12% of tested children have elevated lead levels. Testing is also indicated if a sibling has had lead poisoning or a parent has contact with lead through work or hobbies. If you or your child has lead levels higher than 10 mcg/dL of blood, seek immediate medical treatment.

Treatment depends on the severity of lead poisoning.

If you have mild to moderate lead poisoning (20-44 mcg/dL), you may not be given medication. Doctors will work with social workers and public health officials to eliminate all contact with lead in your home, workplace, and school. They then carefully monitor blood levels until the lead has naturally worked its way out of your system.

If you have moderate lead poisoning (in some cases) or severe lead poisoning (45-69 mcg/dL), you will need medication to supplement the environmental controls. Medications may include oral or intravenous chelating agents that bind to lead and speed its removal from your body in your urine. Blood levels above 70 mcg/dL are considered acute cases. Hospitalization and emergency medical treatment are necessary.

Take the following steps to decrease the risk of lead poisoning for yourself and your children:

Instead of vacuuming hard surfaces, use wet wipes or lead-absorbing detergents to avoid spreading lead-filled dust. Vacuuming with cleaners that employ HEPA air filtration may be both safe and effective for floors and other hard surfaces. Effective lead hazard remediation usually requires window replacement and careful surface repainting. Lead-containing dust tends to accumulate in carpets, and until further evidence about effective carpet cleaning becomes available, replacement of carpets is the only known way to reduce risks from floor coverings. When outside dirt is contaminated, it may need to be dug up and replaced with clean soil.

Parents who work with lead or whose hobbies involve lead should take special precautions to protect themselves and their children from lead contact.