Attention deficit hyperactivity disorder (ADHD) is a disorder that affects behavior. It can make you hyperactive, impulsive, and/or make it diffcult to pay attention. Most people may have some of these behavioral issue at some time. However with ADHD, these behavioral problems continue over a long period of time. To be considered ADHD, these behaviors must last for at least six months and be present in two environments (home, work, or school). ADHD affects children, adolescents, and adults.

There are three types of ADHD:

The cause of ADHD is unknown. It most likely is caused by a chemical imbalance in the brain. There also appears to be a genetic factor since ADHD can run in families. 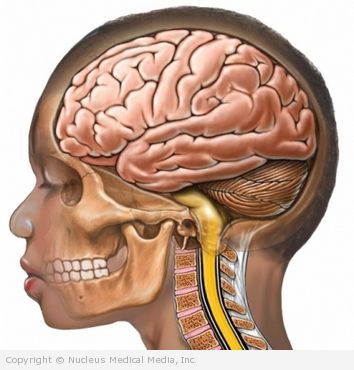 A chemical imbalance in the brain may be responsible for ADHD.

Factors that increase your chance of developing ADHD include:

All children display some of the symptoms of ADHD. Children with ADHD have symptoms that are more severe and consistent. They often have difficulty in school and with their family and peers.

ADHD can last into adulthood. It can cause problems with relationships, job performance, and job retention. Symptoms can vary according to the type of ADHD:

People with ADHD may also have:

There is no standard test to diagnose ADHD. It is done by a trained mental health professional. The diagnosis will also be based on feedback from family and teachers as well.

The American Academy of Pediatrics recommends that the following guidelines be used for diagnosis in children 4-18 years of age:

The goal is to improve the child’s ability to function. Doctors should work together with parents and school staff. Together, they can set realistic goals and evaluate the child’s response.

Children who do not sleep enough may suffer from worse behavior problems. A key part of treatment is to ensure that children with ADHD get plenty of sleep.

Medicines can help control behavior and increase attention span. Stimulants are the most common choice for ADHD. They increase activity in parts of the brain that appear to be less active in children with ADHD. Stimulant medications include:

Talk to your doctor if you have any questions about ADHD medicines. There are possible risks with these medicines, including heart problems and psychiatric problems (eg, hearing voices, becoming manic).

Although the risk of serious heart problems is rare some medical organizations recommend screening before starting ADHD medication. The American Heart Association suggests that children have an electrocardiogram (ECG) before starting stimulant medicine for ADHD. Other medical organizations like the American Academy of Pediatrics do not recommend this screening. Talk to your doctor about your child’s risk.

Children who take medicine and go to therapy do better than those who just use medicine. Therapy sessions focus on practicing social and problem-solving skills. Counselors will also teach parents and teachers to help the child through positive reinforcement. This could involve changes in the classroom, as well as in parenting style. Often, daily report cards are exchanged between parents and teachers.

Other tools, like the Disc’O’Sit cushion, may be helpful in improving children’s attention in class. The Disc’O’Sit is a dome-shaped cushion filled with air that the child balances on.

ADHD coaching can also be helpful. These coaches work with individuals to help them organize and create strategies so that they can be more efficient and successful.

There are no guidelines for preventing ADHD because the cause is unknown. Proper treatment can prevent problems later in life.