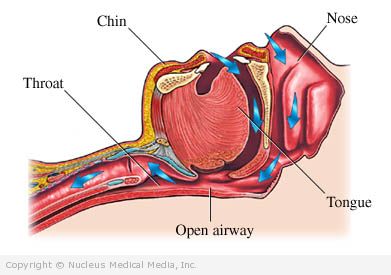 Whooping cough is caused by the bacterium Bordetella pertussis. It is spread by:

Symptoms usually begin 1-2 weeks (at most, three weeks) after exposure to the bacterium. Initial symptoms last about 7-14 days. They include:

The final stage is marked by slowly decreasing duration and severity of coughing spells. The average duration of illness is about six weeks, with a range or 3 weeks to 3 months. Fits of coughing may recur for months. In the majority of cases, patients fully recover.

Whooping cough can be difficult to diagnose, especially in older children and adults. This is because:

Antibiotics, usually erythromycin or azithromycin, are used. They are most effective when started in the early stages.

To help reduce vomiting and lessen the chances of dehydration:

This may be necessary for those who develop pneumonia. Patients are usually isolated to prevent spreading the disease to other people.

The best means of prevention is immunization. All children (with few exceptions) should receive the DTaP vaccine series. This protects against diphtheria, tetanus, and pertussis. Another vaccine called Tdap is routinely given to children aged 11-12 after they have completed the DTaP series of shots. There are also catch-up schedules for children and adults who have not been fully vaccinated.

People in close contact with someone infected with whooping cough may be advised to take preventive antibiotics, even if they’ve been vaccinated. This is especially important in households with members at high risk for severe disease, such as children under one year of age.