Urethritis is an inflammation, infection, or irritation of the urethra. The urethra is the tube that carries urine out of the body from the bladder. 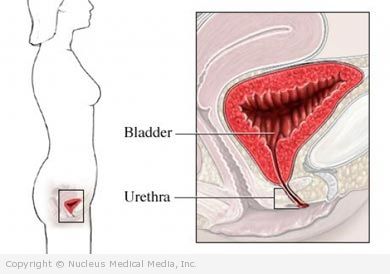 Urethritis is usually caused by bacteria or viruses, including:

Risk factors that increase your chance of getting urethritis include:

People with urethritis may not have symptoms, especially women. Approximately 50% of men infected with Chlamydia trachomatis have no symptoms.

If left untreated, urethritis can spread and cause infection in other parts of the urinary tract such as the bladder, ureters, or kidneys.

The doctor will ask about your symptoms and medical history. A physical exam will be done. It will include a pelvic exam. Urethritis is usually diagnosed from its symptoms. Tests to confirm the diagnosis and identify the organism causing the condition may include:

Urethritis is usually treated with medication. The type of medication will depend on the cause of the urethral infection:

If urethritis is caused by an STD, all sexual partners should be tested and treated.

Steps to prevent urethritis include:

Diagnostic ultrasound of the abdomen