Self-mutilation or self-injury is any form of self-harm inflicted on your body without the intent to commit suicide. Self-mutilation is a compulsive act that may be performed to release emotional pain, anger, or anxiety; to rebel against authority; to flirt with risk-taking; or to feel in control. In some cases, the behavior is outside your emotional control and related to a neurological or metabolic disorder.

The behavior is not considered socially appropriate. It is also not part of a religious custom or a form of art.

Self-mutilation is a severe impulse control disorder that is often associated with other psychiatric disorders, such as: 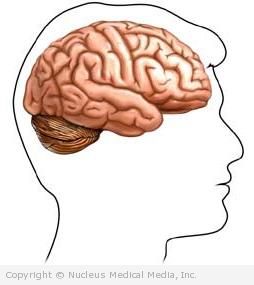 Self-mutilation is often associated with psychiatric disorders that may be caused by chemical imbalances in the brain.

It can also be associated with neurologic or metabolic disorders such as:

These factors increase your chance of developing this condition. Tell your doctor if you have any of these risk factors:

The symptoms of self-mutilation vary. The most common symptoms include:

Rarely, in very severe cases, self-mutilation can include:

Self-mutilation can be difficult to diagnose. People who self-mutilate often feel guilty and ashamed about their behavior and may try to hide it. A doctor may first see the physical harm caused by self-mutilation. To be diagnosed, symptoms should meet the following criteria:

To make an accurate diagnosis, the psychologist or psychiatrist will assess other conditions, like personality or mood disorders, and whether there is suicidal intent.

A doctor will assess whether care needs to be provided immediately to prevent further harm due to ingestion, wound, or other bodily harm.

This assessment may be administered to assess a person’s mental capacity, level of distress, and presence of mental illness.

Psychologic treatment may be done either one-to-one or in a group setting. It is usually aimed at finding and treating the underlying emotional difficulty, trauma, or disorder. It may also include cognitive behavioral therapy.

The best preventative measure is to get help as soon as possible for depression, trauma, emotional problems, or other disorders that may lead to self-mutilation.