Depression is a mental illness marked by feelings of profound sadness and lack of interest in activities. Depression is not the same as a blue mood. It is a persistent low mood that interferes with the ability to function and appreciate things in life. It may cause a wide range of symptoms, both physical and emotional. It can last for weeks, months, or years. People with depression rarely recover without treatment.

Bulimia nervosa is an eating disorder. People who have bulimia are overly concerned with weight and body image. They eat very large amounts of food (called binging) and use inappropriate means to rid their bodies of the food (called purging). Purging may be caused by vomiting, laxatives, or water pills. Excessive exercise or fasting may replace or be used along with purging. This cycle of binging and purging is used to prevent weight gain.

Bipolar disorder is a mental health condition marked by extreme swings in mood, energy, and the ability to function. The mood changes of bipolar disorder are more dramatic than normal ups and downs. They can hurt relationships and cause poor job or school performance. Bipolar disorder can be treated. Contact your doctor if you think you may have this condition.

The two mood extremes of bipolar disorder are mania and depression. In mania, one of the defining symptoms is an increase in energy and a decreased need for sleep. The mood may be overly happy or irritable. In depression, a down mood with fatigue takes over, and it is often accompanied with irritability.

There are four forms of this condition:

The cause of bipolar disorder is not known. This condition tends to run in families. Specific genes may play a role. It is most likely many different genes that act together. 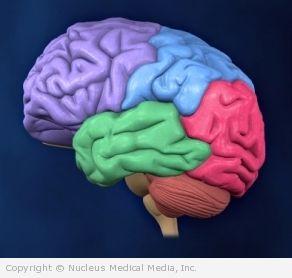 Bipolar disorder may be a result of genetic influences on the brain.

A family history of the disorder increases your chance of developing it. Tell your doctor if you have a family member with bipolar disorder.

Symptoms of mania include:

Symptoms of depression include:

Severe episodes of mania or depression may sometimes be associated with psychotic symptoms, such as:

Your doctor will ask about your symptoms and medical history. A physical exam may be done. In some cases, lab tests are ordered to rule out other causes of your symptoms. You may be referred to a mental health specialist. Diagnosis of bipolar disorder is based on:

Mania is diagnosed if:

A depressive episode is diagnosed if:

Talk with your doctor about the best plan for you.

The primary treatment is with medicines called mood stabilizers. There are many different types and combinations of medicines, which must be tailored by your doctor to target your symptoms. Examples of common medicines used to treat bipolar disorder include:

The plan is based on the pattern of the illness. Treatment may need to be continued indefinitely. It should prevent significant mood swings.

Psychotherapy is often an integral component of a comprehensive treatment plan. Therapy may include:

Electroconvulsive therapy may be effective when medicines fail. It can be used for both mania and depression.

There are no guidelines for preventing bipolar disorder. Taking your daily medicine and following your treatment plan can help prevent future mood episodes from recurring.

Attention deficit hyperactivity disorder (ADHD) is a disorder that affects behavior. It can make you hyperactive, impulsive, and/or make it diffcult to pay attention. Most people may have some of these behavioral issue at some time. However with ADHD, these behavioral problems continue over a long period of time. To be considered ADHD, these behaviors must last for at least six months and be present in two environments (home, work, or school). ADHD affects children, adolescents, and adults.

There are three types of ADHD:

Anxiety is a state of dread, tension, and unease. It is considered a normal response to stress or uncertain situations. Feeling anxious for long periods of time or at intense levels may mean that you have an anxiety disorder. You may be diagnosed with an anxiety disorder if the anxiety: