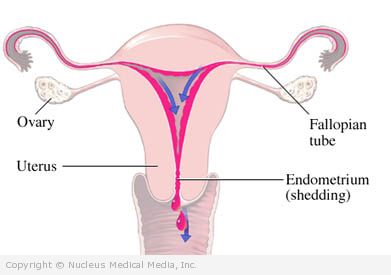 In some cases, the cause is not known. However, many conditions have been associated with menorrhagia, such as:

Factors that may increase the risk of menorrhagia include:

Symptoms of menorrhagia include:

Call your doctor if you have symptoms of menorrhagia.

Your doctor will ask about your symptoms and medical history. A physical examination, including a pelvic exam, will be done. Tests may include:

Treatment depends on the underlying cause of the heavy menstrual bleeding. Your doctor will work with you to create a treatment plan.

In some cases, surgery may be needed, such as:

There are no specific steps to prevent this condition.