Narcolepsy is a disorder of the nervous system. It results in frequent, involuntary, episodes of sleep during the day. Sleep attacks can occur while you drive, talk, or work.

The cause is unknown. It is thought to have a genetic link. There is increasing evidence that it may be an autoimmune disorder. In this type of disorder the body’s own immune system attacks a part of the brain.

A risk factor is having family members with narcolepsy.

Symptoms usually start during the teenage years. Onset may range from 5-50 years old. Symptoms may worsen with aging. They may improve in women after menopause. 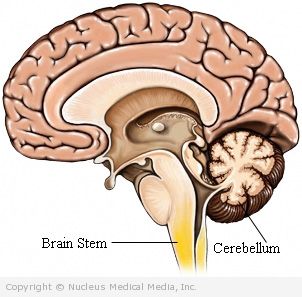 The doctor will ask about your symptoms and medical history. A physical exam will be done. If narcolepsy is suspected, you may be referred to a specialist in sleep disorders.

Other treatment options include:

There are no guidelines for preventing narcolepsy. But, you can try to prevent symptoms by: